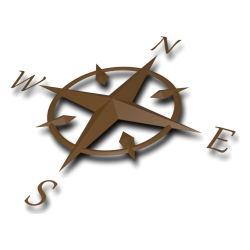 I was a procrastinator most of my adolescence. At some point I made the decision to change my ways and I knew I had to find some sort of inspiration or motivation to get me moving. Now there are many clichés about motivation and moving in the right direction. Maybe you’ve heard: “The first step is always the hardest.” Well heck, if taking the first step is the hardest, let’s get going… I took that first step, put in the hard work, and everything after seemed to fall into place: it worked! Then I did it again. And again. I got good at starting things. I accomplished a lot and all I had to do was start moving in the right direction.

It became the way I approach new challenges. I dive right in, develop any skills necessary, and put in a modest amount of work up front. I rely on my skills, ability to learn as I go, and a large amount of faith. I know now that if I put in my fair share up front, pay it forward, the forces that be will look after me and everything will work out in the end. If we need to make a course correction along the way, so be it. To guarantee success, all I needed to do was start moving in the right direction.

This philosophy worked great while coaching soccer. We had practiced, drilled, and worked on our skillset for weeks prior to the season start, basically front-loading all the hard work before game time. When it was game time, all I had to do was get people moving in the right direction: an email to the parents, group text to the players: “show up at this field, this time, on this date.” “Okay, we moved up a bracket, move to this field.” We won our fair share of games relying on our skills, conditioning, and faith. All I had to do was start everyone moving in the right direction.

This mentality screwed me up during deployment. As a Group Lead during Marine Week, I got things going: I got people moving in the right direction. I didn’t need specifics or wait for plan details to be finalized, I just started moving the group in the right direction, knowing that things would be okay when we got there. There were problems. Beneath the Group Lead there was a hierarchy of Team Leads that I did not consider (my current position in my career is fairly autonomous and self-led - I had forgotten about the hierarchy!). I had failed to communicate a great number of things to the team leads such as where I was taking them and why. Further, the team leads knew nothing about my values and how I lead and were quite taken back by my unabashed willingness to go straight to their team members with requests and instructions. There were further complications from higher up the hierarchy as the Cohort Lead was getting conflicting reports between what was supposed to happen and what “Dusty said.” I had failed to communicate my ability to act on very little information, willingness to apologize, make a course correction, and how easy it was for me move on. Communicating these traits throughout the hierarchy may have allowed others to recognize where I was at and slow me down when necessary.

My motivation and willingness to move also had an effect on our team dynamic early on. While others wanted to think stop and take time to think out a problem, expand on what could be, come up with a plan and then move, I was ready to get started and moving in the right direction: I’m sure my eagerness was mistaken for impatience. I had to subdue my own urges as I realized my teammate’s needs to understand a problem before moving.

Had my Leadership Framework been drafted then, all of these failures in communication would be a definite violation of the framework. Because it was not yet drafted, this experience definitely helped me realized the importance of communication, its place in a healthy relationship, and cemented itself in my leadership framework. Now I might be communicating as I start moving in the right direction...